Ionic Oxidated technology produces positively and negatively charged air scrubbers that actively seek out, attract, and destroy indoor pollutants and contaminants in the air, and on surfaces – and then eliminates them.

Have a look at some of CAREAire’s features and benefits: 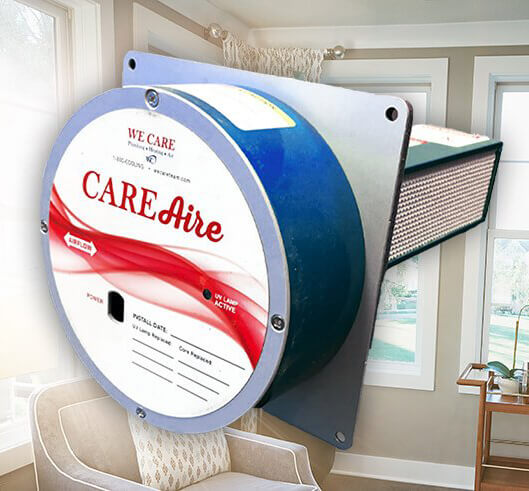 Works 24/7 in every room throughout the home

Ionic Oxidation technology produces an active cloud of air scrubbers that sweep through the home and seek out indoor contaminants. With CAREAire, Pollutants are safely and effectively destroyed even if they have not passed directly through the Heating, Ventilation, and Air Conditioning (HVAC) system!

Eliminates contaminants wherever they hide

Charged CAREAire ionic scrubbers attract pollutants like a magnet. Even in areas of your home that have reduced airflow, air scrubbers are still able to seek out and eliminate contaminants. This active approach to IAQ is what makes the CAREAire system so effective.

Smoke, volatile organic compounds (VOCs), and odors are some of the toughest indoor pollutants to remove. The special oxidizing powers of the ionic air scrubbers break down these contaminants at their molecular level, throughout the entire home.